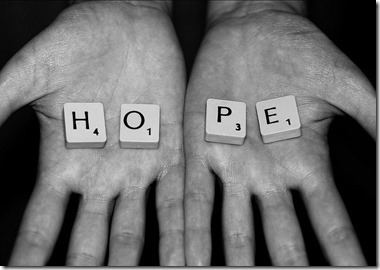 The truth is earthly suffering is intolerable unless there is a glorious, loving, sorrow-free eternity. We Christians are a people of hope. But our hope is not primarily in this temporary life. Everyone dies, sooner or later. All hopes – for this life – come to an end. Jesus, as usual said it best: “You will have suffering in this world. Be courageous! I have conquered the world.”

The first part of Matthew 14 relates the details of how John the Baptist was killed. It’s important for us to remember that the life and teachings of John the Baptist continued to influence a large number of Jews for at least a generation after he was killed. I think this is one reason Matthew describes this incident in detail – it would have been important to the readers he had in mind when he was writing.

Matthew has already told us that John was in prison. I want to spend a moment dwelling on the reason for that, and the thing that got him killed, because it may surprise us. The short version is, John was imprisoned, and then killed, for publicly supporting biblical sexual morality. He publicly said that Herod was wrong for having sexual relations with his brother’s wife, Herodias.

I point this out because I think it is very relevant today. Our culture is extremely intolerant of people who insist that sex has any moral significance in and of itself.

If you say that sex has intrinsic moral significance, then you set it within a larger moral framework and set limits to the legitimate use of sex. In doing so, you declare certain sexual acts illegitimate, something which is now considered hate speech…

By divesting sex of intrinsic moral significance [an activist] has helped to create a world where those who attempt to set limits to the legitimacy of sexual activity are seen as the moral equivalent of racists and the intellectual equivalent of flat-earthers: Irrational bigots who have no place in the public square. (Carl R Trueman, First Things, 2-23-15 http://www.firstthings.com/blogs/firstthoughts/2015/02/congratulating-wesleyan).

There are many people who call themselves Christians who either don’t know, or don’t believe what the bible says about sex. There are many more who don’t like it, and refuse to adhere to it. A lot of people think that it gives Christians a bad name if we go around saying what the bible says about sex. Even more suggest that sexual morality is a “secondary issue” and we Christians should stay out of it for the sake of the gospel.

But John the Baptist died for it.

He could have said, “Well what Herod does in his own bedroom is Herod’s own business.” It’s likely that he could have made a public apology to Herod and Herodias, and at least have been spared execution. But he didn’t. He insisted upon telling the truth, and doing so publicly, and not retracting it. It got him killed.

Someday, a sermon like this may lead to my own imprisonment. It is no longer a question of disagreement in our culture. The power-brokers in the media, academe and government, as well as millions of narrow-minded citizens, want people like John the Baptist to be silenced. They don’t want to hear something they disagree with.

We have not yet come to executions for saying that adultery is a sin. But our government is already considering laws that make it a hate-crime to say in a public speech that homosexual behavior is a sin. In October of 2014, the city of Houston demanded in a subpoena that pastors turn over any sermon or communication with their congregation that mentions homosexuality, the lesbian mayor or transgender issues. To refuse to turn over the sermons would have been contempt of court, punishable by imprisonment. The government’s position is that pastors were using their religious positions to campaign politically, since there was law on the ballot about gay and transgender issues. But the fact remains, when the pastors spoke about the law (if they did) they did so because the issues raised by it are of biblical concern, and it is manifest that the city government wanted to silence and punish them for it.

Now, please understand me clearly. I am not saying that we should go around investigating everyone’s sex life, looking for something to criticize. But I do think sometimes we Jesus-followers avoid the topic because we don’t like getting flack for calling sin “sin.” I simply want to point out that perhaps this passage shows us that the issue of sexual morality is more important than we want to think, and I do suspect that it is with that issue that the persecution of Christians will begin in the Western world. Lest we think it is a secondary issue, remember that John the Baptist died for speaking the truth about morality. I think we Christians should consider this very carefully before we decide to keep silent about it.

When Jesus heard about it, He withdrew from there by boat to a remote place to be alone. (Matt 14:13)

Obviously, the news of John’s death had an impact on Jesus. He wanted to be alone to process it. Jesus and John were relatives, and they had known each other all their lives. John had worked hard to prepare people for the ministry of Jesus, and he had unfailingly pointed people toward him. In short, they were family, friends and ministry partners. And now John is gone. Jesus knew his eternal home was heaven. He knew he would see John there again. But that didn’t change the fact that just like us, Jesus experienced pain and suffering in the world, and it hit him hard at times.

I think it’s important for us to dwell on this for a minute. We human beings have a very difficult time with pain and suffering. How can a good and loving God let these things happen? The answers to this are only partial, and sometimes complex. But I take comfort from the example of Jesus here. On the one hand, he knows everything is going to be all right. In fact, he knows that in eternity, everything is better than all right. John’s suffering on earth is over. He himself will be with John again in just a few short years. On the other hand, in the present moment, he grieves.

The truth is earthly suffering is intolerable unless there is a glorious, loving, sorrow-free eternity. About a year ago, I spoke at the funeral of a twenty-one year old who died unexpectedly and tragically. I said then that of course it was good and right to grieve. I said that we Christians are also people of hope. But our hope is not primarily in this temporary life. Everyone dies, sooner or later. All hopes – for this life – come to an end. Paul writes:

If we have put our hope in Christ for this life only, we should be pitied more than anyone. But now Christ has been raised from the dead, the firstfruits of those who have fallen asleep. For since death came through a man, the resurrection of the dead also comes through a man. For as in Adam all die, so also in Christ all will be made alive. But each in his own order: Christ, the firstfruits; afterward, at His coming, those who belong to Christ. (1Cor 15:19-23, HCSB)

Jesus shows us that it is good and appropriate to grieve the tragedies of this life. But he also gives us a better hope, an eternal hope. I am reminded of the old song, Wayfarin’ Stranger:

Travelin’ through this world of woe

But there’s no sickness, no toil or danger

In that bright world to which I go.

I’m goin’ there to see my Father

I’m goin’ there no more to roam

I’m just a goin’ over Jordan

I’m just a goin’ over home.

Jesus, preparing his disciples for his own death, said this:

I have told you these things so that in Me you may have peace. You will have suffering in this world. Be courageous! I have conquered the world.” (John 16:33, HCSB)

We will have trouble and suffering in the world. Hope which cannot apply equally to the free man with the possibility of making his life better, and also the man doomed to suffer and die in prison, is not hope at all. Jesus offers us real hope, eternal hope. There is a time for grief, and Jesus himself grieved for his dear friend and cousin John. If this was the experience of Jesus, we should not think that we will be exempt from it. But even in grief, there is hope, hope not based on everything coming out right here and now, but on something greater and more lasting than anything in this life.

Thanks again for making use of Clear Bible.

Please pray that this ministry will continue to be a blessing to those who hear it. Ask God, if it is his will, to touch even more lives with these messages. Ask him to use this ministry in making disciples of Jesus Christ.

If the Lord does lead you to give, just use the Paypal Donate button on the right hand side of the page. You don’t have to have a Paypal account – you can use a credit card, if you prefer. You can also set up a recurring donation through Paypal. We can make this tax-deductible if you just mention that it want it to be so in the “note” part of the transaction.

You could also send a check to:

Just put “Clear Bible” in the memo. Your check will be tax-deductible.

Thank for your prayers, and your support!